A new competitor for the IaaS market: Google Compute Engine 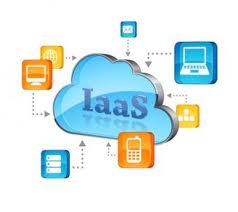 It takes a lot of physical infrastructure to run daily operations for major enterprises. Data centers, disks, servers, and network components all cost a lot of money and take up a lot of space. Many enterprises do not have the resources to create and maintain their own infrastructure. Luckily, they have the option to rent infrastructure from established service providers.

Infrastructure-as-a-service is one of the main categories in cloud computing and is a provision model where an organization outsources the equipment needed for supporting operations that include storage, hardware, servers and network components. The service provider owns the equipment assuming all of the responsibility and risk involved in maintaining the infrastructure.  In exchange the provider charges a fee to their clients on a per-use basis.

Google’s GCE and Amazon’s AWS are examples of IaaS. For example, Google provides virtual machines that are hosted on Google’s infrastructure to enterprises who are seeking the ability to outsource their storage, hardware, servers etc.

Does Google have a chance against Amazon?

Most developers say yes. AWS and GCE both offer the same core services, but what makes GCE stand out is speed and efficiency. Simple as that. In the past, AWS has had notorious network issues and poor disk performance. Google has promised their users that they will offer higher performance and consistency rates. So far GCE has been living up to that promise. According to Scalr, who compared AWS to GCE, the boot time of GCE was 4-10x’s faster than ASW. And that’s just the boot time.

Amazon might not be the fastest but they are the oldest. First off, AWS was established in 2006, well before GCE, making them a huge player in the IaaS market and has been the top choice among consumers. According to a 2012 survey of 100 IT professionals at medium and large enterprises 19% chose to use AWS compared to Google with less than 1%.

That being said, Google has had their issues. The Google Application Engine (GAE) has run into service issues in the past that have made it difficult for developers to utilize. Also, the lack of services GCE offers is disappointing to consumers. The services IaaS providers offer is key and quite frankly AWS offers more from virtual server instances to hosted data warehouses.

What has Google done differently?

There are two major differences between GCE and AWS that may attract enterprises to Google’s cloud:

AWC vs. GCE: Who will dominate the public cloud?

It all comes down to who will do a better job of attracting consumers. There has been hesitation among enterprises when it comes to using a public cloud like GCE. And many should be, as IT security is among the biggest issues with public clouds. However, enterprises do see GCE’s ability to provide infrastructure for high-performance workloads that they would not be able to provide themselves.  And for most businesses their workload is only increasing encouraging them to seek other alternatives to store their data.

Both Amazon and Google are well-funded businesses but Google has the upper hand when it comes to developing technology. There is no doubt that GCE will be a major contender in the fight for the public cloud and the IaaS market, but there are others out there who offer similar services. In the long run, whoever dominates the cloud will have the best pricing model and a plethora of services for consumers to choose from.

“Infrastructure as a Service (IaaS).” Search Cloud Computing. May 15, 2013.      <http://searchcloudcomputing.techtarget.com/definition/Infrastructure-as-a-Service-IaaS>