The Importance of Antivirus 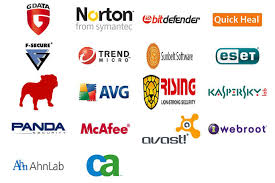 Malware On The Rise

Reuters recently published an article claiming that malware has hit an all time high. They state that McAfee, the number two security software provider, found that malware reached a new record in the first half of 2010. Malware is software code that, when introduced into a system, can hack the computer, steal passwords and identities, and reap havoc on system performance.

McAfee says that 10 million new pieces of malicious code have been catalogued. What is most noteworthy of these findings is that Mac systems are becoming increasingly vulnerable to attacks. Apple users tout that Macs are virtually “insusceptible to viruses,” however as Macs continue to increase their market share, their vulnerability is also rising.

In similar news, the first Trojan has been reported on the Android Operating System for smartphones. The malware poses as a media player and once installed on the phone, sends text messages to premium text numbers inadvertently charging the user. Hackers are usually on the receiving end of the text messages, and thus profit from the rouge SMS messages.

According to the article, posted on Mashable.com, Kaspersky Labs is in the process of developing a mobile antivirus application for Android phones, due to be released next year.

You need to take precautions. Whether you are dealing with your personal computer or your organization’s infrastructure, steps need to be made to make sure your system(s) are secured.

Basic necessities include using a firewall, password protecting your WiFi, and having an up to date antivirus system installed (including Mac systems).

Additional steps, such as security assessments and security audits can be performed to make sure your organization isn’t vulnerable to outside attacks.

Most importantly, self monitoring is the key. Be sure to stay away from sketchy websites (including those not suitable for the workplace) and making sure you only download files from people or websites you know and trust.