Tape Backup or Cloud Backup... Which One To Choose?

With perpetual increased proficiency in cloud services (storage, file sharing, etc) I find it peculiar that, when it comes to backup recovery, some people and businesses alike are still hesitant to exploit one of the cloud’s greatest assets. Remember that ancient method of data backup and recovery, the one involving those rectangular pieces of plastic with that delicate magnetic strip? What were those things called again? Oh right, floppy disks. Do they even still make those? One of the longstanding debates when it comes to backup recovery is whether to use tape or disk backup; but the question I’m asking is, “Why use either?”

For years the main argument for using tapes and disks as been that they’re inexpensive. The real reason, though, is that there were no suitable alternatives; until recent years, that is. Magnetic tape was first used to record data and programs in 1951, and today it’s not a matter of if your tape backup is going to stop keeping up with the job, but when. Tape and disk backups are quickly going the way of the Walkman, Blockbuster Video, landline phones, and Dinosaurs. Sure, they used to be cheap, reliable, and on-site, but they don’t hold a candle next to the cloud.

You’ve probably heard some horror stories about cloud backup. Maybe you read an article about networks crashing or private clouds being hacked. These might be widely publicized instances but they’re few and far between. Comparing tape and disk backup stories to cloud backup stories is like comparing Stephen King novels to Dr. Seuss picture books.

If you’re still on the fence about which method of backup you want to use for your personal data or your company’s, consider these 7 tips before reaching a decision.

1. Realistically Evaluate the Limitations and Consequences of Tape and Disk

Tape can be extremely cumbersome and time consuming requiring a considerable amount of manual intervention to successfully perform regular backups. Similarly, disk backup is poor for long-term data retention and the added components of it add to more usability problems. More than anything, however, tape and disk are highly susceptible to physical damage. Backing up to the cloud allows one to upload and store data privately to the internet while allowing access from almost anywhere with a suitable internet connection. Tapes and disks are at risk of negligence by employees (getting jammed in the reader, being lost, being mislabeled, being stolen, etc.) and of the natural elements. They can easily be destroyed in disasters like fires or floods, or simply by moving from one location to another. Using the cloud is the safest method of backing up because it totally eliminates the need for the physical presence of data.

What is most important to you when looking to store files? Is it quality or quantity? Do you want the most for your money or the best for your money? How much will you need to rely on your IT? What types of files are you using? Do you have concerns about energy use/cost?

These are just a handful of questions you should be asking when considering how to backup. When it comes to disks and tapes, consider that you have to buy in bulk. Not only will this add up monetarily over time, but the actual storage space will dwindle over time. The more you buy, the less space you have to store. In the cloud—depending on which provider you choose to subscribe to—you usually have the option to pay-as-you-go. This allows for greater flexibility. You can add space to your cloud as needed and pay in the same manner. Some providers even offer free trial periods. This is easier on your wallet and gives you the opportunity to give the cloud a fair audition.

3. Make a Side-By-Side Comparison of Tape/Disk/Cloud Headaches and Benefits

4. Entrust Your Backup to Reputable Vendors

The last step may seem obvious, but it’s very much worth noting. In Massachusetts, the 201 CMR 17.00 law protects citizens from 3rd party vendors who lose or compromise personal data; similar laws protect the citizens of California, Nevada, Oregon, Texas, and Maryland. But it’s not just about which state best protects its users. It’s about which vendor has a proven record of success and is most dedicated to its subscribers. Conglomerates like Apple, Amazon, and Microsoft have the widest name brand recognition, but will you and your secure data be receiving the same amount of attention you would if you subscribed to a 30-person IT SMB? Up-and-comers like Dropbox may offer the easiest usability and integrate seamlessly on your laptop but is it worth busting through your budget for? There are many great providers out there, and many of them offer a substantial amount of potential space for a low amount of money. Whichever you decide upon, make sure they boast a high success rate with optimal security. 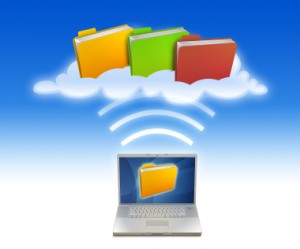 Tape and disk backup are quickly becoming obsolete. They served us well in their time, and it’s nothing personal, but compared to the cloud, they’re practically useless. Backing up to the cloud opens up a number of doors that simply make the user’s life easier. The cloud is easy to access and can be done so from just about anywhere, the security measures taken by most providers are practically impregnable and are only improving, providers will often offer a generous amount of storage space for a relatively cheap amount, and the lack of physicality and on-site maintenance ease the pressures put on IT departments when physical damage is incurred. The bottom line is this: Tape isn’t as good as disk and disk isn’t as good as cloud. Cloud backup and storage beats both methods in terms of efficiency, cost, maintenance, and usability. Keep in mind, though, that this is more of a general consensus more than a universal understanding. In some cases tape backup may be the best method for you. Whatever the case may be, follow the above steps in order to help determine what’s best for you, your data, and your company.