Internet and Public to Protest PIPA and SOPA

Have you had trouble accessing websites like Wikipedia, Reddit, or Boing-Boing? Have you noticed that brazen, black rectangle centered on Google’s homepage? There’s no need to reboot your computer or fiddle around with your wireless modem because there’s absolutely nothing wrong with your CPU or internet connection. The problem is in Washington D.C. where lawmakers are trying to step on the toes of the United States Constitution. 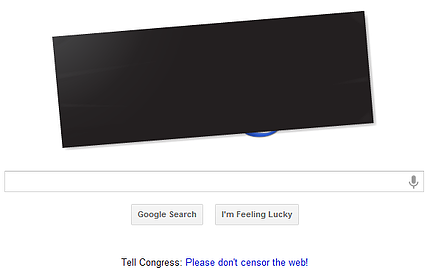 One of the biggest problems caused by the internet has been the illegal pirating of copyrighted material such as movies, music, games, and software programs. On October 26, 2011, a bill was presented to the U.S. House of Representatives by a committee of 12 co-sponsors led by House Judiciary Committee chair Lamar S. Smith. The Stop Online Pirating Act (SOPA) is an attempt to further build upon the foundation laid by the Protect IP Act (PIPA) in hopes of slowing and subsequently ending illegal copyright infringement. 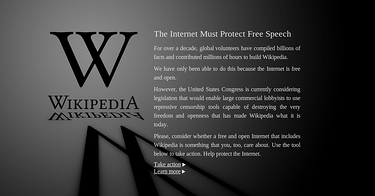 Today, January 18, 2012, internet superpowers such as Wikipedia, Google, Reddit, Boing-Boing, TwitPic, Wordpress, Mozilla, and Imgur—among over 7,000 other sites—have engaged in acts of peaceful protest against the two bills by “blacking out” their websites, censoring their names, or disabling their domain name server (DNS). 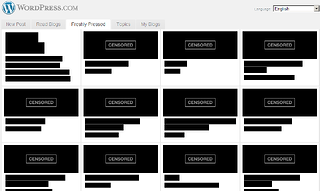 SOPA and PIPA, while respectable in theory, are terribly flawed and have sparked national public outrage since their inceptions last October. The most disturbing aspect of the each bill is how they encroach upon the U.S. Constitution, specifically the 1st and 5th amendments. If the bills were to pass legislation, people would be denied their right to freedom of speech as any content they read or write would be subject to censorship or disablement by the government. Also, websites accused of enabling or publishing copyrighted materials would have their DNS completely blocked without due process.

On top of governmental violations of constitutional rights, SOPA and PIPA will hit citizens in an already vulnerable place, their wallets. Over a five-year period, the two bills will cost taxpayers an estimated $47 million. Obviously, internet businesses will suffer too. Search engine sites will be forced to modify all search results to exclude sites accused of hosting illegal information, monetary transaction sites like PayPal will be forced to close accounts accused of hosting illegal information, and sites that rely on user-generated content like YouTube will be subject to higher compliance costs for accused sites that upload illegal information. The bills also offer immunity to these user-generated sites hosting infringement materials if they report any person, group, or company responsible for uploading the contraband.

Two U.S. Senators and SOPA co-sponsors, Marco Rubio (Florida) and Roy Blunt (Missouri), have come forward on this day of popular protest and rescinded their endorsement of the bills visibly on Facebook to public acclaim.

If you wish to join and engage in protest against the Stop Online Pirating Act and the Protect IP Act, visit some of the websites mentioned above. Many of them have channels and links to which you can sign petitions, contact your state senator, and better inform you of the ins-and-outs of each proposed bill.