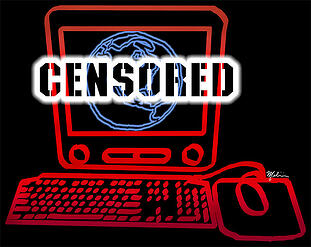 For those of you who are not aware of Net Neutrality and are questioning why does it concern you; this blog post will answer those questions for you AND questions that you haven’t asked yet.

Net Neutrality began around 2007-2008 when the Federal Communication Commission (FCC) became aware that Comcast was blocking traffic—by slowing the connection—to the BitTorrent site. It also became aware that Comcast was doing this to other file sharing sites; this practice was done to turn customers away from these sites.  The FCC ordered Comcast to stop this practice and for while the order was unchallenged. During this time, the phrase “Net Neutrality” or “Internet Freedom” hadn’t been coined yet. Fast forward a few years later and the FCC came up with the Open Internet Order.

In 2010, Verizon challenged the FCC in the D.C. circuit court on the basis that the FCC did not have the authority to make those rules. The FCC believed they had the authority to make those rules because it classified internet service providers (ISPs) as common carriers; phone companies are labeled as common carriers. (A common carrier means that their service (phone lines) is essential to public communication.) However, originally the FCC determined that they were going to treat the internet differently and have a more laidback approach to regulation. This meant that the FCC couldn’t suddenly label internet providers as common carriers and the court sided with Verizon. The D.C. circuit said that in order for the FCC to regulate and impose rules on the internet they needed to reclassify it. The FCC attempted and failed to reclassify ISPs due to the Republicans in Congress deciding they didn’t want more regulation on the internet.

Now, what does this mean for us as internet customers? It means that ISPs like Verizon, AT&T, Comcast, etc have the legal right to discriminate and block certain websites. For example, your connection to Netflix may be slower than your connection to Amazon and vice versa.  Or your membership fees increase because these ISPs start charging Netflix, Amazon, Hulu, etc more for a faster connection, which ultimately places the cost on you. ISPs can restrict their access to the internet any way they like.

This ruling affects more than just price and fair service—innovation has also taken a hit too. One of the best things about Net Neutrality was that the market had fair prices that were attainable for all companies. This was how companies like Facebook, Netflix, Amazon, and Google were able to start; ISPs not discriminating against certain websites. Now, for today’s startups to happen and be successful it may be twice as hard as it was for companies like the abovementioned. 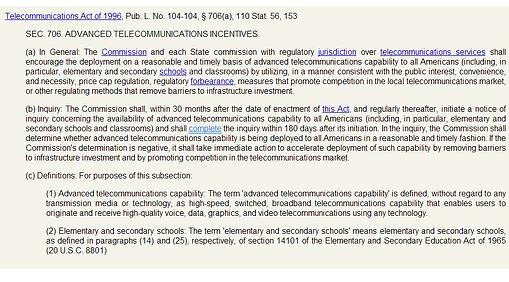 Fortunately, every huge decision has a silver lining and this is also true for the U.S. Court of Appeal’s. The FCC may not have the right to regulate ISPs, like common carriers, but they have more room to regulate the whole internet.  This is where it starts to get confusing. You may ask “how is this possible if the court removed that provision?” Well, this is possible because not only did the FCC try to reclassify ISPs (which failed), they were also able to re-interpret Section 706 of the Communications Act back in 2010 with Open Internet Order.

Please leave comments regarding your thoughts on Net Neutrality.