Wearable Technology: What is it? What's the big deal?

There’s been a lot of chatter lately within the tech world about wearables. For those of you who aren’t aware or familiar with the term here’s a quick definition: a wearable is a mobile tech device that one can wear (i.e. glasses or a watch). People always wonder what is going to be the next big thing in technology or how much smaller (or mobile) can they make a computer. Some have even joked that soon we’ll be implanting computers into our brains. Well I’m here to tell you what’s next in the world of mobile devices and there will be no implanting anything into brains—at least not yet. 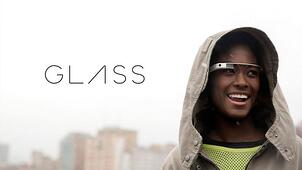 The next big thing in technology is wearable tech. Now what does this mean for you? Well it means that you no longer have to be worried about texting and driving or carrying around a tablet, cell phone, or camera all day. The innovative creators within the technology community have developed a way that frees consumers from carrying mobile devices. Soon almost everyone will be able to wear technology. Wearables come in the form of a pair of glasses, a watch, a ring, and even a t-shirt. 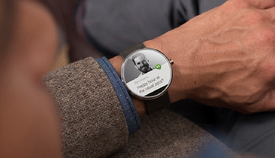 Many companies within the industry are developed their own form of a wearable. Google has their Glass—which is pretty much a computer in the form a glasses. Samsung already has a wearable line called Gear and the newer Gear 2 available on the market. Currently, their wearable line consists of smart watches and fitness bands. Motorola just recently announced its own smart watch called Moto 360—and it has received very positive feedback. These major companies along with others have come up with cool and interesting products.

If you’re looking for innovation well it’s the small players—startups—that are really pushing the envelope. MIT Media Lab’s have developed a way for readers to actually experience the setting and emotions within a book—Sensory Fiction. This wearable is a vest, that when worn by a reader, brings to life the physical settings and emotions described in the book.

Taking videos has gotten a lot easier thanks to MeMini. Created by Ben Boldey and Sam Lee, MeMini is a camera with the ability to record looping footage which is later stored within the cloud or the camera’s internal memory. The user can clip the tiny camera to his or hers shirt with its magnetic back plates.

It seems as if this is just the beginning of wearable tech and we can anticipate even more innovative products to come. Although it is still too early to tell whether or not wearables will be a commercial success or flop, tech companies are paving the way with wearables and don’t seem to be turning back anytime soon.

What do you guys think about wearables? Let us know what you’re thinking and leave a comment below!