Apple's Continuity and the Internet of Things

Apple’s keynote at this year’s Worldwide Developers Conference confirmed (as if it were really ever in doubt) their spot at the top of tech. CEO Tim Cook spoke first, followed by Senior Vice President of Software Engineering Craig Federighi and his eighty-minute presentation of attractions packed into the coming OS X 10.10 Yosemite and iOS 8. There’s improved operating system aesthetics, huge application updates, and something they call “Continuity”. The first two of those are nice, improve on an already-nice, industry-leading product, but the third part is a big deal. Continuity is Apple’s push for complete and seamless integration of OSX and iOS, of its desktop and mobile platforms. With Continuity, you can search Safari on your desktop and pick up the search exactly where you left it with your iPhone with a feature called handoff; with iCloud Drive, you can easily work on projects, be sure any project-edits will save and hold across platforms, pick up on them whenever, and you can organize the cloud space however you like; Continuity allows you to pass a call from your iPhone to your computer. Working on one is working on the other. 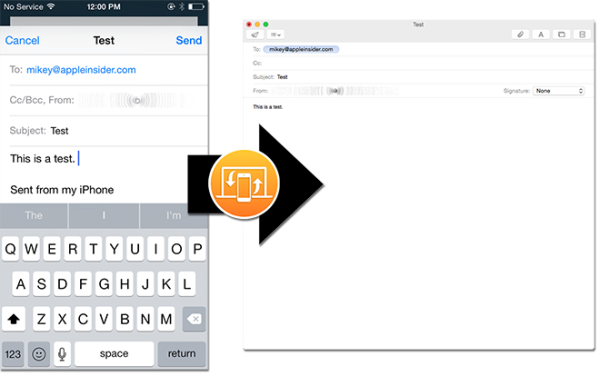 This is amazing technology, but complete and seamless integration – Continuity – isn’t really a new idea: Windows launched Windows 8, their version of Yosemite-iOS 8-type connectivity, in 2012, and marketed it then as cross-platform cloud-based OS, exactly what the “new” Continuity is. Apple’s Continuity is just the Windows concept with significant design and performance improvements; they’re just doing it better. Part of better is harnessing available technology better. Apple rolled out “HomeKit” and “HealthKit”, services that interact with third party tech to control a home’s many devices and provide accurate health information, respectfully. This type of device-to-device communication is steadily becoming more important as wearable technology becomes more feasible and affordable, and of course, as mobile-platform usage continues to explode, a trend recognized by many analysts like Mary Meeker. As mobile gets more powerful, desktops have to keep up – it’s really the desktop that has to become more mobile-biased. A future in which mobile is the dominant method of computing/cloud access is totally possible, and Apple’s elegant products are leading the way by every commercial measure. What this all means, though, and HomeKit and HealthKit are indicative of this, is that the cloud, too, is evolving. In Apple’s hands, it’s becoming a way to get devices and applications speaking in the exact same language and speaking all the time. It’s asking the cloud to do more. 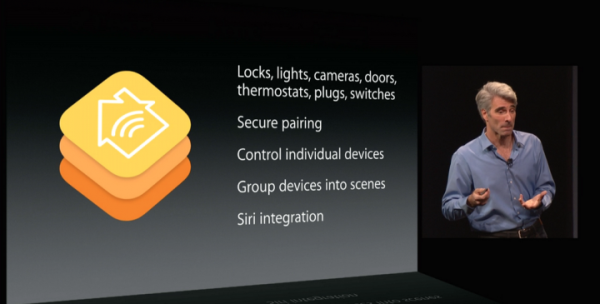 But even this is not exactly Apple’s idea. It’s actually a derivation of, or a first step toward a named theory and practice. It’s called “The Internet of Things” or the somewhat more digestible “Internet of Everything” (IoE), it’s been around since the nineties, and researchers, academics, and companies are everywhere rushing to make it happen.

The IoE is the concept of an Internet that doesn’t just shuttle data between computing devices, but from anything to anything. Things, the theory says, themselves would have some sort of access to the Internet so the thing can send data pertinent to its usage. Yes, “The Internet of Things” would have your water cooler send the exact amount in liters of water dispensed throughout a day. Your shoes could send the total daily applied force to its soles directly to Nike’s servers. This is good for obvious reasons: more accurate water consumption statistics can help improve water management; accurate shoe data could improve shoe construction, and in turn, health. This Apple video demonstrates precisely the type of thing this technology could do:

It’s pretty powerful stuff, and with the truly ridiculous amount of virtual storage increasingly available, actually possible. The video shows that it’s happening right now. Its future, too, is extraordinarily bright. ABI research, a London analysis firm, predicts over 30 billion devices will be on the IoE by 2020; Cisco predicts 37 billion by 2020; Gartner, an American firm, predicts a modest 26 billion. Jean-Baptise Waldner, a researcher and writer on the topic, projected in a 2007 essay (so this has to be an underestimate), that in an urban environment, every person is surrounded by 1000 to 5000 track-able objects, and that if every one of these objects were part of the IoE, there would be anywhere from 50 to 100 trillion objects encoded. Cisco Systems Inc. CEO John Chambers, in a keynote at CES back in January said the IoE could be a 19 trillion dollar enterprise. Those are take-notice numbers.

But, there are reasons why progress with IoE has been slow. As of now, there is no way to get all these objects on the Internet, because there just isn’t the right technology in the right places to support that many Internet connections. Such a sum demands a lot of power if IoE Internet connections are to work like they do now, and there isn’t enough to go around; researchers are actively exploring low-power transfer alternatives such as radio. There’s also this extremely complicated thing going with Internet Protocols that makes it currently impossible to hold so many data addresses. The original Internet protocol, IPv4, currently routes the overwhelming majority of Internet traffic but only has space for a little over 4 trillion addresses. These were exhausted in 2011; IPv6 was developed in 2006 to provide 2128 (or 340,282,366,920,938,463,463,374,607,431,768,211,456, whichever is easier for you to fathom) fresh address spots when the exhaustion came. The problem has been, however, that the two protocols do not work together, methods to bring them together are very convoluted, and because most of the Internet still works on IPv4 addresses, the adoption of IPv6 has been slow. For IoE to work, IPv6 and its astronomical amount of addresses needs to be ubiquitous. Cloud is not really the fit for this type of low-power, high-frequency connection either. The cloud is more suited for end users, or a mobile or desktop, whose big ‘ol computer chips can deal with extracting from and placing blocks of stuff on the cloud.

Cisco is working on a solution to these problems called “fog computing”, which they define on their site as “a paradigm that extends cloud computing and services to the edge of the network”. As has come to light in the net neutrality discussion of late, companies are not currently allowed to interfere with the network; fog computing is getting as close to the data transferring network as it can. It allows for routers to act as mini-computers gathering low-level and frequent data input. This is called computing at the “edge” of the network, and routers are perfect candidates for this type of computing because they are so “close” to that edge. The hope is that routers will manage best the inevitable stream of thing data, data that arrives real-time, as the action that generates it is occurring – the type of data the IoE is all about.

In one sense the IoE presents a familiar, idyllic image of the future, the image of the “smart” house responding to every person’s move automatically and precisely, the truly universal remote (an iPhone, perhaps), controlling whatever isn’t automatically done. Apple’s innovations are getting devices talking better than ever, but there’s so much more for them to be talking about. Indeed, supporters of IoE agree technology should be talking about everything, if it can. Detractors believe it should not, that some things are sacred anti-data ground. Human value, for example, put in terms of data is reductive, ignores the importance of human interaction in a human world.

Security is a big issue. How much energy do these things need to put out to secure their data streams? Does such energy make IoE unfeasible? These questions are as of yet unanswered, and their mystery, naturally, is troubling.