Is Google Drive The New Driving Force In The Cloud?

The latest craze coming from the cyber, amorphous fluff known as the cloud has been about Google’s new storage system, Google Drive. In today’s tech world, one of the biggest battles between cloud providers is over whose storage system will reign supreme. As consumers and avid cloud subscribers, the number of systems that have been rolling out as of late can seem almost daunting. After all there’s Google Drive, Dropbox, Box.com, Microsoft’s SkyDrive, Amazon’s Cloud Drive, and iCloud just to name a few.

Google’s latest innovation begs a few questions. How does it compare to the other big-name providers with storage in the cloud? Is it worth switching to? Will it come to dominate the cloud market? The answer for each of those questions is the same generic response that you probably don’t want to hear: It’s too early to tell. Though it might be too soon to tell whether Google Drive will become the end-all-be-all cloud storage platform, here are a few items to consider. 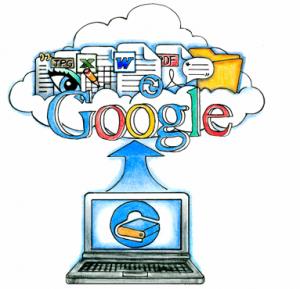 Google Drive offers a respectable 5GB of free space. That’s not bad considering Dropbox only offers 2GB and Amazon Cloud Drive offers the equivalent at 5GB. Here’s the thing, though. Unless you’re a devoted work from home-kind of person, or a freelance graphic designer, web developer, or blogger, you’re probably not going to use up that much space. But if you know that you are, you’re probably going to lean towards SkyDrive, Microsoft’s cloud storage system that offers 7GB of free space. Want to pay for more space? No problem. For a mere $60 per year, Google Drive has the option of adding another 100GB of storage space. SkyDrive beats them out though, with an even more affordable price that complements the tough economy, with $50 per year.

But what if you need to upload a large file? Google Drive lets you upload files as large as 10GB whereas SkyDrive and Amzon Cloud Drive only allow for 2GB apiece. The average word document or picture file will be considerably less than these, but if you’re uploading the latest video you’ve edited or recently filmed, you’ll need to take advantage of Google Drive’s upload capacity.

There may be instances where you need real-time collaboration with a project you’re working on. By real-time collaboration, I mean the ability for multiple users to use a document or file at the same time. Google Drive offers this capability, though it’s nothing special as this was already a function of Google Docs. The problem, however, is that Google Drive only allows for the real-time revision of Google Documents, meaning that if you were to try to collaborate on a MS Word document that you uploaded to Google Drive, you’d have to download it first, and then re-upload later. SkyDrive also allows for real-time collaboration, though with Dropbox and Amzaon, you’ll have to download the file, complete your revisions, and then re-upload it in order to have multiple perspectives on whatever it is you’re working on.

If you’re already using Gmail, you’re already set up with Google Drive. All it takes is for you to sign into your Gmail account, though because Google Drive is so new, it may take a day or two before your accounts are integrated. But in the end, as with all accounts related to Google—YouTube for example—your accounts become consolidated and all you need to do is click on the Drive tab directly underneath the URL. SkyDrive works on the same model, though you need a Microsoft email address.

When it comes to functionality, Google Drive and Dropbox incorporate seamlessly on your desktop by creating a simple icon that you can drag files into. Google Drive also has a simple interface on its website with easy to follow instructions and no confusing clutter.

The Bottom line is that it’s difficult to suggest which cloud storage provider is best. Each one seems to bring its own advantage to the table and it’s up to the user to decide which works best for any specific reason. Google Drive is the easiest to set up and integrate with everything else Google. Microsoft’s SkyDrive offers the most amount of space for the least amount of money. Dropbox is slightly more expensive than its competitors but it’s the easiest to use and has the best Smartphone compatibility, with apps for iPhone, Blackberry, and Android. Plus, they can’t afford to compete with pan-industry giants like Google and Microsoft. Box.com is better for business and has stated on multiple occasions that it isn’t trying to compete with the likes of Google Drive, SkyDrive, and Dropbox. Each storage system offers something unique to them, so before you settle on one, make sure it’s attuned to everything you’re looking to do.