IT Security: Endangered Species and Hackers, An Unlikely Pairing 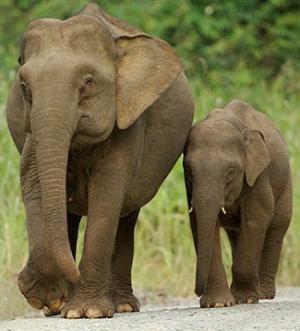 Now, based on the answers above for hackers
and endangered species, it can be inferred that there is no relationship between the two. Endangered species and hackers are two completely different things in two separate worlds. Unfortunately, that assumption is wrong -- in today’s world of advance technology there is a connection between the two, more specifically hackers and poachers have created an asymmetric warfare. 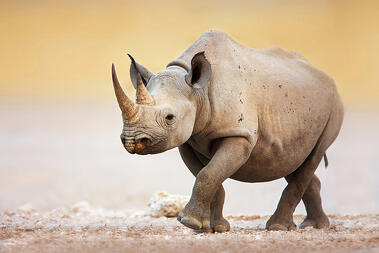 The illegal practice of poaching protected endangered species has taken a turn for the worst. Poachers have enlisted the help of hackers to improve the practice and increase profits tenfold. The hardest part of poaching animals is finding their exact (or best estimated) location. In order to find this information, the hackers break into the animals’ GPS collars and relay the information to the poachers. This new type of poaching has been dubbed “cyberpoaching”.

The GPS collars are instruments used by conservationists for studies and tracking purposes but they’ve turned into tools for poachers. Ironically enough, due to the high cost of the GPS collars (they cost as much as $5,000) the conservationists only use the collars on the most endangered species, which just happens to be the animals poachers want the most. The most valuable and rarest species are elephants, tigers, rhinos, and snow leopards. The information retained from the GPS collars enable the poachers to the do a faster and cleaner job.

The Howard G. Buffett Foundation donated $23.7 at the beginning of March 2014 to the South
Africa National Parks to combat rhino poaching.  This month they will be investing in deploying
a combination of technology and patrolling to end the poaching.  And in December of 2012 Google awarded the WWF a $5 million Global Impact Award to create an umbrella of technology to protect the wildlifeThe measures being taken by conservation organizations to combat cyberpoaching, specifically at the World Wildlife Fund (WWFis the testing of drones and Falcon UAVs. The UAVs are equipped with cameras and sensors and are used during the day and night.  The UAVs allow a ranger to see the poachers hiding in trees, because they allow you to see the body heat.  With the drones, the rangers can avoid running into poachers or lions at night. 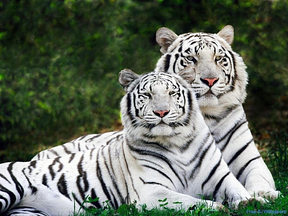 They are also using an RF Mesh radio transmissions that sends information from the UAVs, the
RFID tags and sensors at watering holes to a central location.  These transmission can journey up to 7 miles and more.  A key feature of RF mesh is that each device is capable of communication with nearby peers and then sending information via those peers to an access
point.  A better explanation of this is that every mesh node acts as a router, and the advantage is that not every device has to have a direct path to a peer.  This saves on costs and power in the communications chips in each device and uses less power in their signals.  These radio transmitters can last for months or even years without battery replacement.  The RF network is also integrated with an encrypted radio and digital communication system for the rangers.  The Wildlife Crime Technology Project has elected to battle the cyberpoachers by using this encrypted data streaming system which is extremely hard to access;