Remember SOPA and PIPA? CISPA Could Violate Your Rights Even More

Just as quickly as the hype surrounding SOPA and PIPA erupted and then simmered, a similar law has recently passed the U.S. House of Representatives. The Cyber Intelligence Sharing and Protection Act (CISPA) was introduced to the House back in November and was pushed through on Thursday, April 26th.  The latest internet privacy legislation draws many comparisons and contrasts to its malevolent cousins SOPA and PIPA, but one overriding aspect stands strong: CISPA infringes on our Constitutional rights as American citizens. 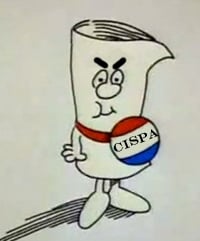 The goal of CISPA is noble in theory; it hopes to allow for the sharing of traffic between the government and certified entities to investigate cyber threats and ensure the security of networks against cyber attacks. What exactly does this mean? The government is looking to access personal data in hopes of preventing terrorist-like assaults on, and through, the internet. Many in opposition feel that the act blatantly violates the 1st and 5th Amendments to the Constitution, which protect free speech and due process of the law respectively. However, CISPA has what SOPA and PIPA didn’t have, a snowballing support from technology and internet-based companies. 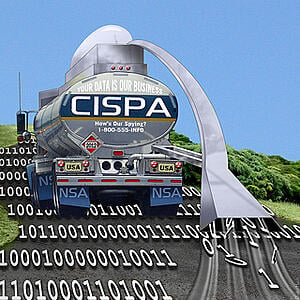 The likes of Facebook, Microsoft, IBM, Verizon, and AT&T have all announced their endorsements of the bill. They feel that it allows for the sharing of delicate information with the government without giving the government any additional power. Where all of these online superpowers seem to fall short is in their failure to recognize the vague rhetoric the bill actually upholds. CISPA defines cyber threat intelligence as “information in the possession of an element of the intelligence community directly pertaining to a vulnerability of, or threat to, a system or network of a government or private entity…” Without specifications, this one definition could encompass a slew of negative interpretations. For example, in the most Orwellian sense, a simple online objection or protest of CISPA or any government regulations could result in a swift reprimand. The days of cyber vigilante groups like Anonymous could be numbered. The biggest problem with the bill is that it fails to draw any resemblance of a line between what the government can and cannot look into.

Despite sugarcoating CISPA as an amendment to the National Security Act of 1947, the bill
has met with a strong and consolidated national resistance. The White House has stated bluntly that it plans to veto the law once it makes its way to the oval office. The American Civil Liberties Union (ACLU) has already created and posted a petition to the bill on its website. Mozilla, creator of the popular web browser Firefox, released a statement on May 1st expressing a strong dislike for the Mike Rogers (R-MI) endorsed bill. Even Tim Berners-Lee, the man responsible for conceiving the information superhighway known as the World Wide Web, expressed his doubt about the flawed legislation. 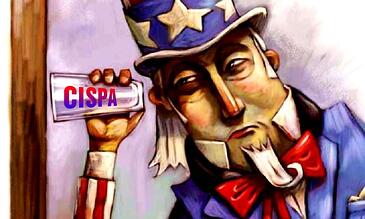 disclose information that may fall under the umbrella term “cyber threat,” but they won’t require a warrant to seize any information they want, either. If found to be abusive or held accountable for any damages, the Federal Government would be liable for the monetary value of the damages sustained or $1,000—whichever is more expensive—plus attorney fees. But that’s not much of a consolation. You can’t put a price tag on the freedoms laid down for us by our founding fathers. Neither should you. Contact your local Representative to find out on how you can stand up against unjust regulations like CISPA. 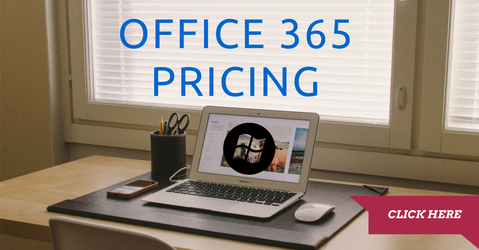