Worms and Spyware and Trojans, OH MY: Learn the facts about Malware

People often consider the only threat against their computers to be a virus. This is common misconception that often leads to detrimental system damage. A virus, in fact, is a specific threat that falls into the broad category of malicious software, or malware. Malware is used to disrupt computer operations, gather privileged information, and gain unauthorized access by hackers and frauds. Here are a few items that you might not know, but should learn to differentiate when it comes to malware. 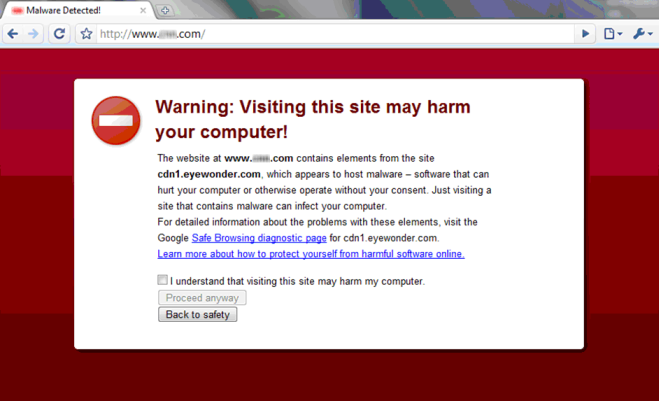 The conception of malware can only be described as ironic. Malicious software was first written by programmers as a means of seeking professional attention, playing amateur pranks, and practicing code-writing. These people lacked the foresight to see the extent of which their new software could rapidly spread and abuse an operating system. Malware is now responsible for credit card fraud, identity theft, and billions of dollars worth of damages.

Malware can be identified in 5 major categories: Trojan horses, viruses, worms, spyware, and rootkits. Though each software program is its own entity, a hacker can seamlessly intertwine their respective uses and consolidate their fatal abilities to the painstaking inconvenience of an innocent computer-user.

Just as the name suggests, this malware comes in the form of something warm and fuzzy such as an e-card or an advertisement. For malware to be able to function it must be undetected by the computer-user and a Trojan horse allows for this. What’s even more frustrating is that Trojan Horses are dependent on the user’s operation of it, usually in the form of a simple click of the mouse. Once the Trojan horse is inconspicuously deployed, it can run rampant by deleting essential files or installing corrupt software. 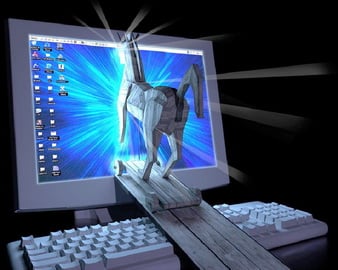 The virus gets the most blame from the average computer-user for anything that disrupts a computer’s functionality. Surprisingly, viruses aren’t as dexterous as worms because they require a host program in order to maneuver. However, a virus will undisputedly take action against a network file system and molest an indefinite amount of data. By accessing network files, viruses are particularly dangerous because they can spread effortlessly from one computer to another.

Worms are similar to viruses except for one explicit difference. Worms do not require a host program in order to function. Worms are lethal in their ability to hastily make copies of themselves and spread across files and data just as quickly. They also pose a major threat in clogging internet connection lines and servers rather than simply compromising files.

Spyware sounds like a term straight out of the Pentagon or an espionage movie. But don’t be fooled by its slick name. Spyware is used to illegitimately collect information of all types private and personal during an item’s decryption. These can include pictures, conversations, games, keystrokes, passwords, monetary invoices, and internet surfing habits. Spyware not only garners this data, but it can also be used to monitor all of these points from an unlawful source, giving the software its namesake. Be careful because spyware can be untraceable and store itself in cache files that are regularly flushed from your system.

More than a means of attacking, corrupting, or stealing, rootkits are a concealment technique by hackers and frauds. They modify a host’s system to keep files like spyware or viruses from being read. They are also a form of backdoor computing which allows for the bypassing of a normal authentication process of a specific server or file with extreme discretion. In turn, these backdoors can install even more backdoors to permit more illegal activity.

The International Computer Security Association (ICSA) estimates there are over 52,000 variants of malware that create billions of dollars worth of damages. It can seem like a daunting task to try to protect yourself against such an innumerable opponent but don’t fret. The best solution is to calmly research which antivirus software is best suited for your needs. Similar choosing which cloud computing provider to subscribe to, choosing the right antivirus software requires the consumer to consider a number of variables ranging from price, to specific file protection, to OS compatibility. At the bare minimum, your antivirus infrastructure should include anti-spam, anti-virus, anti-spyware, anti-phishing, and data leak prevention while performing systematic virus scanning, sender/recipient authentication, intent analysis, and help desk maintenance.