In an earlier post, we discussed the pros and cons of using RAID (Redundant Array of Independent Disk) as a data recovery solution. RAID uses a disk drive component that distributes and replicates data across several levels of drivers. In a world that is becoming increasingly digital, RAID employs a physical disk drive, which is why it is important to note where physical data storage originated—tape backup. 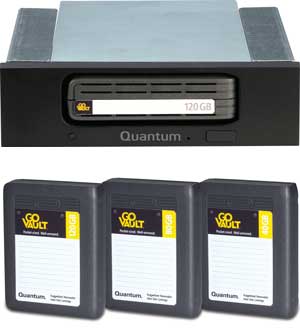 In the event of a hard disk crash, or other catastrophic computer failure, tape backup ensures that data will not be lost. It involves copying data, either manually or with appropriate software, onto an actual tape cartridge. Tape backup systems are usually a part of a separate storage area network (SAN) that provides access to a consolidated sum of data. Tape backup also includes the ability to restore data that has been backed up back to hard disk storage devices when needed.

1994 marked the beginning of fibre-channel (FC) adapters, when developers began creating hardware to service high-speed data transfer. At the turn of the twenty-first century, 3 out of the top 10 fastest growing profitable US storage companies were tape companies. Tape backup became the most economical way to store large quantities of data.

In 2003, virtual tape libraries (VTL) entered the market, allowing for faster access to backup drive for recovery. Parallel ATA (PATA) and Serial ATA (SATA) disk arrays are the most cost effective primary storage components. The use of disk arrays paved the way for an increase in storage capacity. VTC also eliminated streaming problems associated with uploading a mass of data.

Data storage devices have transitioned from SAN, to VTL, and now SSD (solid-state drive), which uses solid-state memory to provide the same sort of backup as a hard disk drive. Hard disk drives are electromechanical devices that contain spinning disks and movable parts, but SSDs use microchips and no moving parts. They are harder to break, quieter and update data at a higher speed than physical drives. They have replaced most tape backup systems. More and more tape backup bugs are fixed every year, which poses the question: Can tape backup stay relevant in the digital landscape? Let’s look at the pros and cons.

After reviewing the pros and cons of tape backup, it is evident that tapes are not going to fall out of favor anytime soon. Despite the cost, they are a stable and durable and should not be passed over for digital options. It all depends on the amount of data that needs to be stored and how quickly it needs to be accessed. If a business has over 2 TB of data, digital options may be cheaper and data will be easier to retrieve. For sensitive data or to make sure that files are never deleted, tape backup is more reliable. The best option for backup is to use a hybrid of the two options—save an entire server onto a digital drive, but copy extremely important information to a tape. After all, can you ever have too many backups?