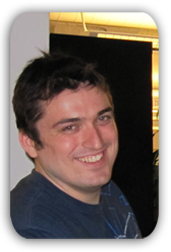 Alex Straffin is a Senior IT Consultant and has been working at NSK Inc. since 2007.  As a Help Desk representative in the Boston Office, he is there to personally solve client issues.  Recently, Alex and other IT Consultants teamed up together to solve a major issue when a client’s email server became a “spambot.” According to Alex, Spambots are when a “server gets infected and sends out mass spam messages.”  So how did this happen? Email servers act as a centralized place where every message gets sent through.  And before any messages can be sent out, they must be checked by an unbiased database like CISCO Iron Port in order to prevent spam from being sent.  However, if one message gets reported, then the whole server becomes blacklisted.  So when the infected account was reported, it resulted in the whole server shutting down so no messages could be sent out.  It was our great team of IT Consultants who saw the issue and notified the client.  How did it get resolved?  “It is very difficult to get off the blacklist,” Alex says “but we managed to find a solution by changing the email server’s IP address.” And what is his tip on preventing issues like this?  “Buy Malwarebytes Pro” is Alex’s suggestion.  This is an anti-malware application that not only cleans your machine but will run periodic scans as well.

Originally from Lyndon, VT, Alex now lives in Lowell, MA where he is currently restoring a 1973 Datsun 240 Z.  A true car fanatic, Alex purchased the vehicle a couple years ago and has taken on the task of completely rebuilding it ever since.  You can check out his progress on his blog Dirty S30. Besides working on his car, Alex also spends his time “restoring a few arcade games.”  This includes one of his

favorites, Galaga.  What is even more amazing is how he is building a machine completely from scratch.  With his latest creation to be called "The Radicade" which will feature a couple of hundred arcade games and will by powered by an Xbox.