When to Use Mirroring as a Data Recovery Solution 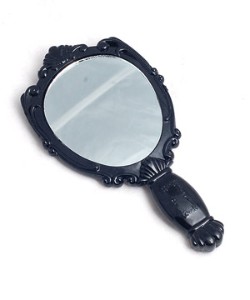 So far we have discussed tape backup, snapshot backup and data replication as examples of data recovery solutions. Each of these methods copy data on a computer in case a disaster recovery is necessary. Mirroring is another type of data recovery solution that is often used to create multiple drives with the same information. It works by linking two systems together that will continually match each other. For example, when “File A” is created on a computer, it will be saved on two separate disks at once. Mirroring is used for a variety of reasons—for data backup, for faster downloads in different geographic locations, and to balance a server load.

Mirroring can occur in two regards: on disks, or on server. RAID (Redundant Array of Independent Disks), is an example of mirroring that is stored on two separate physical disks in order to ensure that the data is always available. Mirrored data can also be stored on two different servers in two separate locations. This is done so that the same information is quickly accessed at various sites.

If a computer malfunctions and disaster recovery must be initiated, mirrored solutions work through a hot swap system or a hot standby disk system in order to save data. In a hot swap system, the system itself signals a disk failure and switches over to the mirrored disk. Users frequently do not even know that this was done, except for an alert that may pop up on their screen.

Hot standby is a more sophisticated system during which a backup occurs from the active disk onto the remaining disk. Then, a new disk is installed creating a new backup system, while the malfunctioning disk is discarded. During this process, little data is lost and minimum disruption occurs. With mirroring, data recovery can be performed swiftly and rapidly.

Let’s look at the other pros and cons.

After weighing the pros and cons of mirroring, it is important to determine whether a situation calls for it as a backup recovery solution. If using it as a way to backup a single computer drive or server, mirroring can be quite successful. If the intention is to back up many computers, the process can get more expensive and time consuming. Mirroring is also a good option for storing sensitive data because a copy of the data always exists in an easily-accessible location.  However, somebody looking for a backup recovery system without needing to document every instance of data change may want to chose simpler backup recovery software, such as snapshot backup.