By:  Cathie Briggette with lots of  help from the  US SMB Microsoft Team

PowerPoint can be both provocative and persuasive in a business meeting.

And exactly the opposite can occur.

PowerPoint can be the most awesome business presentation tool, or it can make you look absolutely awful.  This two-sided view of Microsoft’s popular presentation and graphics program in Office 365 mirrors a debate coursing through business and academia. While many embrace the values of PowerPoint as a potent business tool, there are others who contend that it’s a drag on effective interaction—that it confuses, distorts, and even strangles communication.

Any discussion of PowerPoint’s merits and faults merely illustrates the importance of using the program to the best of its advantage.

Here are 10 ways to use PowerPoint to help make your presentation look brilliant, not brainless.

In a way, PowerPoint’s ease of use may be its own worst enemy. However simple and engaging it can be to build eye-catching slides and graphics, bear in mind that PowerPoint isn’t self-sufficient. The audience has come to hear you, not to stare at images tossed onto a screen. Build a strong PowerPoint program, but make sure that your spoken remarks are just as compelling. “PowerPoint doesn’t give presentations—PowerPoint makes slides,” says Matt Thornhill, President of Audience First, a Midlothian, Va., business that offers presentation training. “Remember that you are creating slides to support a spoken presentation.”

Don’t fall in love with every wrinkle, special effect, and other bit of gadgetry available. The most effective PowerPoint presentation is simple—charts that are easy to understand, graphics that reflect what the speaker is saying. Some authorities suggest no more than five words per line and no more than five lines per individual slide. Don’t try to have too many words and/or graphics.  There is no need to have everything that you are explaining up on the screen.

PowerPoint’s lure is the capacity to convey ideas and support a speaker’s remarks in a concise manner. That’s hard to do through a haze of numbers and statistics. For the most part, most effective PowerPoint displays don’t overwhelm viewers with too many figures and numbers. Instead, leave those for a later, more thorough digestion in handouts distributed at your presentation’s end. If you want to emphasize a statistic in PowerPoint, consider using a graphic or image to convey the point.


One of the most prevalent and damaging habits of PowerPoint users is to simply read the visual presentation to the audience. Not only is that redundant—short of using the clicker, why are you even there? —but it makes even the most visually appealing presentation boring to the bone. PowerPoint works best with spoken remarks that augment and discuss, rather than mimic, what’s on the screen.   Make eye contact with your audience.  These people didn’t come to this presentation to be read to.  They came to hear about your topic and hear You. 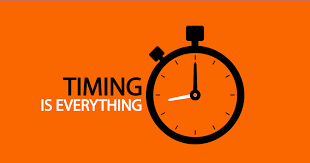 Another potential land mine is a speaker’s comments that coincide precisely with the appearance of a fresh PowerPoint slide. That merely splits your audience’s attention. A well-orchestrated PowerPoint program brings up a new slide, gives the audience a chance to read and digest it, and then follows up with remarks that broaden and amplify what’s on the screen.

Unlike other products in Office 365, PowerPoint is most effective as a visual accompaniment to the spoken word. Experienced PowerPoint users aren’t bashful about letting the screen go blank on occasion. Not only can that give your audience a visual break, it’s also effective to focus attention on a strictly verbally give and take, such as a group discussion or a question and answer session.

A striking contrast between words, graphics, and the background can be very effective in conveying both a message and an emotion.

8. Import other images and graphics

Don’t limit your presentation to what is offered. Use outside images and graphics for variety and visual appeal, including video, which is easy to embed in PowerPoint slides.

9. Distribute handouts at the end—not during the presentation

No speaker wants to be chatting to a crowd that’s busy reading a summary of his or her remarks. Unless it is imperative that people follow a handout while you’re presenting, wait until you’re done to distribute them.

Never lose the perspective of the audience. Once you’re finished drafting your PowerPoint slides, assume you’re just one of the folks listening to your remarks as you review them. If something is unappealing, distracting, or confusing, edit ruthlessly. Chances are good your overall presentation will be the better for it.