Wearables: The Last Frontier for Technology 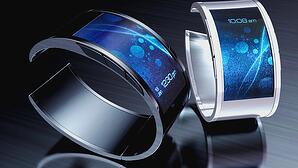 In one of our previous article (CLICK HERE to know more), we had the pleasure of highlighting a new trend that is destined to reach its peak within the next few fashion seasons: wearable tech.

We have all heard of Google Glass, smartwatches, fitness bands, and gadgets that form some sort of combination thereof. But have you ever considered a skirt with embedded sensors? How about a purse, or a pair of socks? While new technology is being infused in every niche of the fashion industry to become more stylish and desirable, fashion companies and high-end retailers are just beginning to unveil their wearable tech pieces. Diane von Furstenberg paved the way when she unveiled her designer Google Glass eyewear in June. And only a few weeks ago, Ralph Lauren unveiled their high-performance smart compression Polo Tech shirt.

More specifically, the Ralph Lauren Polo Tech shirt can read biological and physiological information through sensors knitted into the product. The shirt is meant to fit as a second skin to enhance performance and comfort. Ralph Lauren is dressing several players in the two-week Tennis Association tournament in the Polo tech shirt. The shirt will track the athlete’s biometrics, form, and breathing so adjustments can be made accordingly throughout their match. 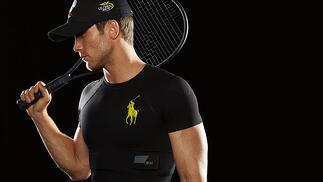 Becky Stern, director of wearables for the DIY electronics site Adafruit, has been creating wearable tech since 2007. She believes that the human body has become the last frontier for technology. While the smartphone revolution has brought the size and cost of sophisticated electronics way down, the chips are now designed to run on lower power and go to sleep when not in use. Accelerometers, which were originally designed by the military, have dramatically lowered in cost now that they are produced at the scale of the smartphone industry. And the cheaper and easier it is to make new, single-purpose wearable devices, the more new and existing companies will try. And the more people that try, the easier it's going to get. 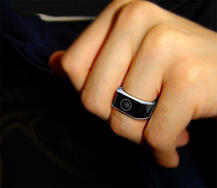 Wearable tech is not only matter of fashion and self-image, embedding electronics into garments also allows technology to become invisible, which is great for applications in medicine. An example is represented by the UV Ring, a student project developed by Julien Bergignat & Laurence Charron-Huysecom. The UV Ring, which is now only a concept, is a high-tech ring that captures, measures and stores data about the amount of UV exposure one has been subjected to throughout the day. The information from the ring is retrieved via a wireless data reader, and the data can then be communicated to your doctor.

A more low-tech solution is the UV Intensity Bikini developed by Solestrom. The bikini has UV sensitive beads that change color with the level of UV intensity. The deeper the color, the higher the UV level. Although this project is fairly low tech using smart UV inks to measure UV exposure, what is nice is that it immediately lets the wearer know when the current UV levels are high, which might help in the long run preventing possible skin damages.