This Wednesday, July 29th, Microsoft will officially launch their new Windows 10 operating system for both business and home users. If your employees have Windows 7 or Windows 8.1 installed on their devices, they are eligible for a free upgrade up until July 29, 2016 - a full year after upgrading.

As a business owner, however, you may be hesitant to immediately roll out Windows 10, since it likely still has bugs to be corrected. Unfortunately, with its release date imminent, there's been widespread anxiety about employees receiving upgrade notifications and worse, installing Windows 10 without consulting their IT department, IT solutions provider, and/or MSP.  If you've been uneasy about Microsoft's latest launch and want to know how to best prepare your business for July 29th, keep reading!

1. The free upgrade for Windows 7 and Windows 8.1 users lasts a whole year

Just because Windows 10 debuts this Wednesday, doesn't mean you have to upgrade right away. As mentioned above, you have a full year to upgrade your employees’ eligible devices for free. There's been a lot of industry hype and anticipation for the big day, but what's the rush?

2. You Can Install the Windows 10 Technical Preview before Deploying for Real

Last October, Microsoft released the Windows 10 Technical Preview for IT professionals who were eager to get a firsthand look at the upcoming OS. So far, Microsoft has been receptive to initial feedback and has developed new features and builds that have the IT and business community buzzing. Among the most highly discussed features are the return of the Windows 7-style start button, the brand new web browser, Microsoft Edge and the ability to have multiple virtual desktop views. There have been mixed reviews thus far, and the professionals who've weighed in are likely thankful they've tested the new Windows OS experience before deploying to end users.

User experience should always be top-of-mind, not just to make your employees days at work easier, but yours as well! If users don't understand the new interface, for example, you're going to hear about it. Helping them adjust to the learning curve (because there will be one) of the new OS will become a full-time job. There just aren't enough hours in the day. Since you have a full year to act on Microsoft's free upgrade, consider testing out Windows 10 first. Here's a helpful article on how to install the Technical Preview, if you've not yet done so. REMEMBER: Back up your data prior to installation!

3. There will still be security updates for Windows 7 and Windows 8

We usually stress the urgency of upgrading your OS when it gets to the end of Microsoft’s Support, as was the case with Windows XP and Windows Server 2003. But this is a different scenario since Windows 7 and Windows 8 will still be supported for years to come. In 9 reasons not to upgrade to Windows 10 - yet, Preston Gralla shares that Microsoft will issue security patches for Windows 7 until January 2020 and for Windows 8 until January 2023. He doesn't think businesses should feel 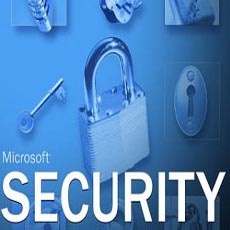 pressured to act immediately and even suggests sticking with Windows 7 for the time being since "Windows 10 undoes the damage done by Windows 8, an operating system that was built more for touch devices than for traditional PCs." Whatever your personal OS preferences may be, note that you should not feel compelled to upgrade to Windows 10 out of concern for security vulnerabilities.

4. You Can Blacklist Microsoft Security Patches

Did you know patch-testing was an option that's available to you? Hopefully your IT guy does.  White-listing and black-listing patches is simply a process of identifying those patches that have been tested and approved for installation, as well as those that have been deemed unsafe. When you're an NSK Inc client, for instance, our team has the ability to test each Microsoft security patch before deploying to your end users. If you don't want your employees to receive automatic updates, you should blacklist the KB3035583 update from getting to your employees.

5. Your Employees May Not Even Know about the Windows 10 Upgrade

The fact that the Windows 10 upgrade is free and easy has many Businesses and IT professionals understandably worried that their employees or users will be more likely to update without first speaking with their IT department or trusted service provider. They may not understand that the new OS hasn't been tested on every combination of hardware and software and will likely have bugs.

Well, if you're worried about your employees getting "click happy" and making the switch, you'll be relieved to learn that they might not even be notified about upgrading. According to Microsoft's Windows 10 FAQs, users won't see the upgrade icon in their system tray if:

There's also been related chatter in Microsoft's community forum, with Microsoft Most Valuable Professional (MVP), Andre De Costa, commenting that "domain joined computers should not be receiving the update at all."

The implications of the Windows 10 launch continues to unfold, but proactive businesses and their IT Service Providers can take action by educating their end users to ignore the update for now. You should be used to advising them not to click anything and everything by now, anyhow…. Right? If you're still concerned that your employees will play IT God, have a backup plan. Be sure to have a backup and disaster recovery (BDR) solution in the event that there's a critical Windows 10 flaw and the employees hose their systems!