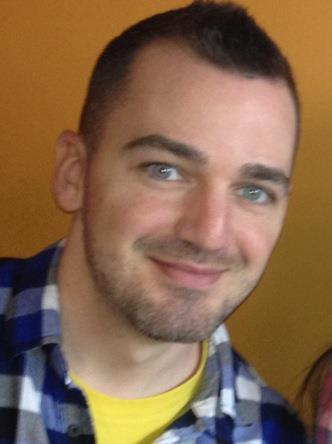 Who is Chris McNair?

Originally from Laurel, Mississippi, IT Consultant Chris McNair joined NSK Inc in April 2011. However, prior to moving to Boston, Chris lived in Naples, Italy for two years while working for the NAVY.  In Italy he mainly did IT and asset management jobs for the Information Insurance Office. While overseas he had the opportunity to travel across Europe to places like Paris, London and Rome believing that one of the most notable differences between the countries was the food.

For instance, the pizza was "delicious" in Italy, whereas the foods he tried in Glasgow where "not so good." After returning from Italy, Chris continued studying Architecture, but after two years he switched to information technology as he realized that he "enjoyed it more."  Luckily for us at NSK his interest changed.  Chris is continuing to take classes at Excelsior College where he will receive his Bachelor's Degree in Information Technology this August.

Advice from the Expert:

When interviewing Chris on internet security, he mentioned that the two most common forms of viruses most clients receive are malware and spyware.  Malware, which stands for “malicious software,” is the more invasive of the two and can actually create internal damage to your system by manipulating drivers and folders.  Spyware, which is more frequently seen, are usually those pop-ups on internet sites that refuse to close regardless of how many times you press the red “x.”

According to Chris, the most aggravating trait of these two viruses is that you never know when you’re going to come across one.  And since they can be embedded almost anywhere, he says that you should be cautious when visiting “unfamiliar websites and social networking sites.”  He adds “they can also be found in emails and in the images you search for.” As an internet user who is unaware of the dangers of the world wide web it scared me not knowing when I’ll get hit next by these pesky viruses.  Thankfully Chris gave me some helpful hints on how to prevent most cases.  Besides “knowing what sites you’re using,” he said simply get anti-virus software for your computer.  But it doesn’t end there! Chris advises to get “multiple levels of protection” by not only continuously updating your software, but also scanning your computer regularly as “new viruses come about every day.” And if your computer does get infected?  Regardless of receiving spyware or malware, Chris suggests to manually turn off your computer and call your IT support service immediately!  In his words, “trying to prevent something is better than having something worse happen.”

So thank you Chris for all your help and remember, search smart and don’t be afraid to ask for help!