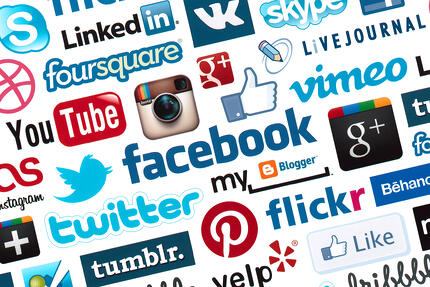 Survey results from Symantec have shown that half of all social networking at work is conducted for business purposes. Although bosses may cringe to hear that 50% of social networking done in the office is for pleasure, it may come as a surprise that personal social media in the office actually increases productivity (we'll get to that in a second). Although this is good news, many organizations don't have security policies in place to safeguard company activity conducted on social networks.

A recent article in the Boston Metro reported findings from a study conducted at the University of Melbourne. Researchers found that typical 9 to 5ers who spent about a fifth of their workday using the web for personal browsing were actually more productive than those who were on the web for strictly business purposes.

The article also stated that workers should "batch" their personal activities - recommending a twenty minute session per every two hours of work for optimal productivity.

InformationWeek posted similar findings. A report from Forrester Research (conducted this past January) found that 70% of IT personnel viewed Web 2.0 and social media as having a beneficial impact on their organization's productivity. 78 % believed it helped their organization provide improved customer service. 80% thought social media had a positive impact on their company's innovation.

According to the InformationWeek article, many organizations don't have a policy regarding social media usage. Some (about 5%) outright block access to sites such as Facebook, Twitter, and MySpace. A policy to this extreme could result in less productivity, decreases in customer service, and create a sour workplace atmosphere.

Instead, companies should provide guidelines for employees and create a way to monitor how social networking is being used during office hours.

Without any policies in place, an organization is susceptible to a number of attacks including clickjacking, worms, spam, and phishing that can enter their internal network via social media websites.

If your office is in the Twitterverse, using Facebook, or posting pictures to Flickr, you need to have a set of rules or regulations in place to protect not only your employees' privacy, but your organization's privacy as well.