Usually I write about the newest innovations in technology, what new solutions are available to help small businesses, etc. However, today I’m going to change my pace a little. I’d like to take a moment to reflect on not an innovation per se, but an innovator – Ken Olsen.

To be honest, I had never heard of Ken Olsen before I read the Boston Globe article profiling his life. Olsen passed away this week, on February 6. Little did I know, the Massachusetts native was one of the pioneers of microcomputer technology as the founder of Digital Equipment Corporation (now  part of the HP Corporation).

Ken Olsen founded the Digital Equipment Corporation (DEC) in 1957 with Harlan Anderson with a focus on small machine computing. They released the first commercial, interactive computer called the PDP-1 (short for Programmed Data Processor) in 1959. The prototype was donated to the Massachusetts Institute of Technology where students used the machine to create the first computerized video game – Spacewar! 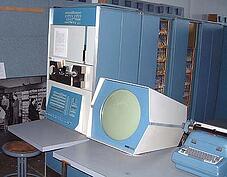 Other innovations by MIT students using the PDP-1 include the first music encoder, Harmony Compiler and some of the world’s first word processors and text editors.

DEC was a leader in small computing technologies until the personal computer became popularized in the early 1990s. Compaq acquired DEC in 1998. 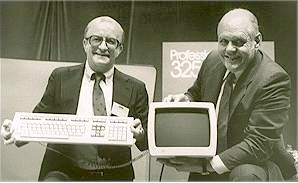 More information about the PDP-1 can be found here.

I’m amazed that I wasn’t even aware of DEC until I read the article in the Globe. It is amazing that a small company in Massachusetts basically set the stage for modern computing. I know Olsen will not be the last innovator to have set up shop in the state.

Ken Olsen was a trustee and benefactor at Gordon College in Wenham, MA. A memorial service will be held by the college on May 14, 2011.