Microsoft's Windows 8: Revolutionary Idea, or a Reason to Revolt?

With Windows 7 as the highest yielding version to date, Microsoft's CEO Steve Ballmer caused quite the stir in the tech world recently with the unveiling of Windows 8.1 Although it may sound like Microsoft is coming out with yet another update to their famous operating system, this one may break barriers for the company.  The most differentiating feature in Windows 8 is that it will support ARM architecture. 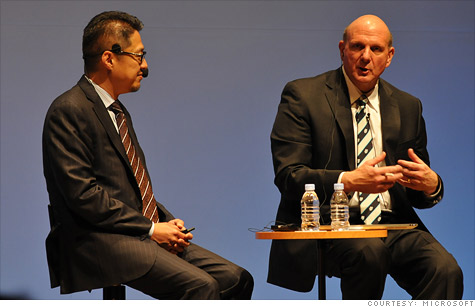 As mentioned in last week’s post, ARM (Advanced RISC Machine) is a more efficient version of RISC (Reduced Instruction Set Computers.)2 This means given the correct hardware, Windows 8 ARM has the potential of running faster and using less power all on a physically smaller computer.

ARM technology has been around for a while but has stayed prominent in only smaller niche markets.  They are used in devices like phones and tablets due to its smaller size. Since Intel does not specialize in ARM archeticure yet, Microsoft has partnered up with other companies like NVIDIA (a leading visual computing company,) Qualcomm and Texas Instruments instead.3  These ARM processors are expected to become increasingly more popular over time, but it is not because Microsoft is now switching over.  Instead, it follows the same reasoning that Intel had before: it’s smaller, cheaper and still does the same amount of stuff.

Now let’s look at some of the different opinions on Microsoft’s shift to ARM technology:

Windows 8 will open up new doors for Microsoft?

Or is Microsoft stepping into a trap door?

It is important to remember that when Windows 8 is released that it will be shipped in two forms: Windows 8 running with ARM and Windows 8 with the regular x86.6  Therefore, if you still want the new Windows 8 features without paying for all the new equipment, Windows 8 for x86 is perfect for you.  Just remember that it will not run with the speed and lowered CPU (Computer Usage) levels as it will with the ARM architecture.  Also, there is no official release date yet for Windows 8 so we all still have some time to breathe and continue figuring out Windows 7.