Microsoft Office 365 was released only a week ago, but it already is getting mixed reviews. As an online based version of Microsoft Office, it initiates the company's plunge into software as a service (SaaS.) 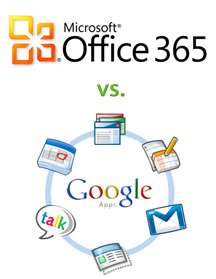 Who are some other main SaaS hitters?  Google is a major one.  In fact Google Apps has been running for a year already, and even parallels a Chrome extension store.

So what's the fuss all about?  There must be something since it didn’t take Google long before it criticized the new product.  The day before Microsoft Office 365 was released Product Manager Shan Sinha attacked Microsoft Office 365 claiming that with Google Apps users can "work with multiple people in the same document” and “ need to buy additional licenses to work with others."1 But doesn't Office 365 do practically the exact same thing?

I found myself lost within the thick layers of the internet and these applications.  So before I became caught between a full on SaaS war, I created a list of my likes and dislikes between Google and Microsoft: 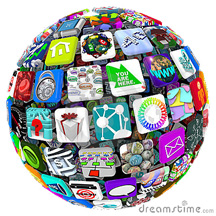 One major question I have is "what's the obvious difference?" Microsoft has increased its competition with Google with this new release; however I cannot determine if there will even be a clear winner in this game. I believe that users will naturally choose one over the other depending on their specific needs and/or biases.  Also, both companies claim that they are the best tool for small businesses.  Who do you believe? Do you see any differences between the two services that may determine the "winner"?

Lastly, I love how both feature easier collaboration and communication capabilities, but remember, it won’t make a difference unless you have internet access!