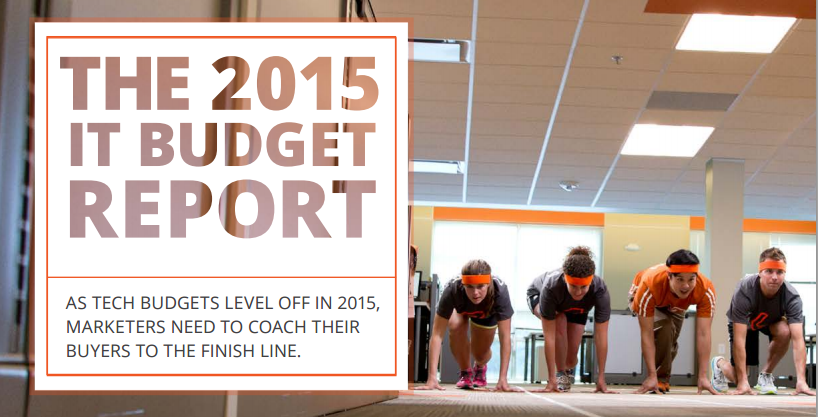 Spiceworks, a professional network linking together over 6 million IT experts and 3,000 tech vendors, recently released their 2015 IT Budget Report.  The report is comprised of survey results obtained from over 600 IT experts in Spiceworks community. Heeding the collected data could serve as excellent background knowledge for future IT project management going forward.

The consensus was that global IT budgets would be relatively restrained in 2015 thanks to a weak start in 2014 and global economic uncertainity accompanying the beginning of 2015.

Three major takeways from the survey results were summarized at the top of the report.

1. Half of the surveyed IT experts said their respective company's revenue would increase in 2015, but even so, their IT budgets would not change.

2.. Only a third of the experts expected budgets to raise in 2015, as opposed to 42% from last year's Q2 survey.  Only 25% believed their IT department would add new employees.

3. Aging hardware and software, such as the impending end of Windows Server 2003, will force many IT professionals to spend more on purchasing upgrades and IT refreshes instead of entirely new projects.

Going more in-depth, it appears the majority of respondents believed that their company would not change their IT staff headcount.  No hires, no fires; no change at all. 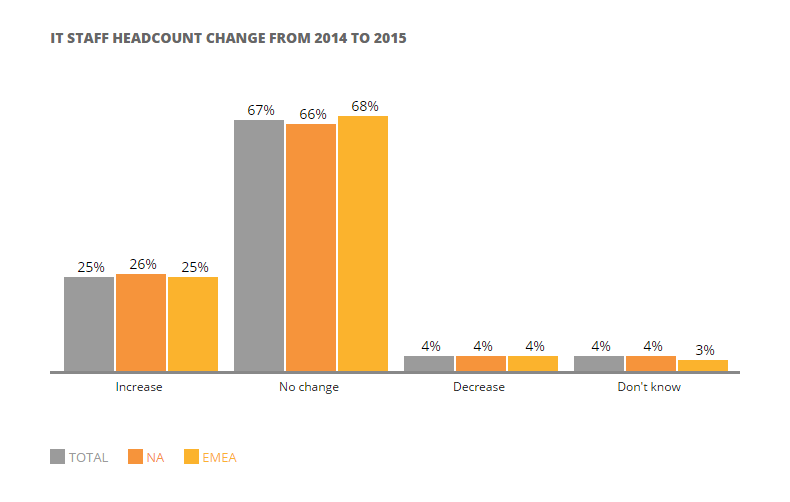 At the very least, no change beats decreases any day.  Think of it this way: if the IT business has yet to submit and declare that their staff must "do more with less" like a frightening majority of newsrooms then they're in comparatively good shape!  Of course, the goal is continued growth and expansion, not stagnation.  So there is significant room for improvement.

Human resources aside, where are IT companies looking to when allocating their 2015 budgets? 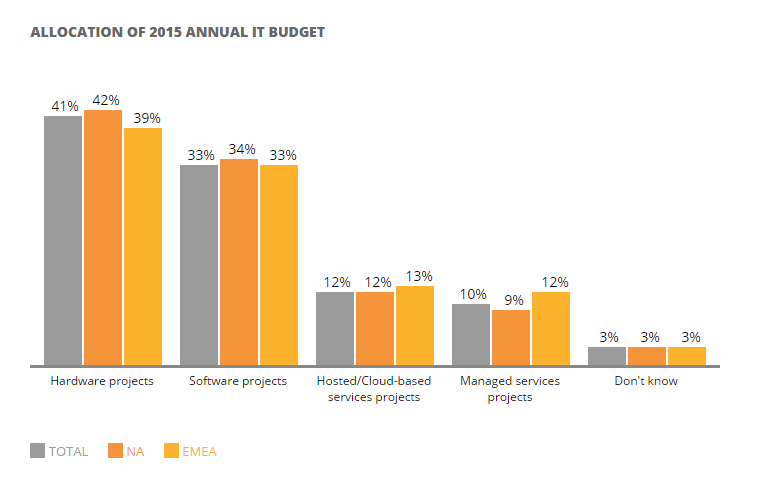 The dominant figure appears to be hardware, followed closely by software.  Creeping up in third is an upstart, the cloud. As mentioned earlier, aging technology forces companies to spend more on updates and refreshes.  And the numbers back this up, stating that End of Life (67%) is the strongest reason for IT companies to spend on new hardware, software and services.

Addtionally, over 50% of PCs surveryed within the Spiceworks community were over 4-years-old.  The sample size was 4,000,000 laptops across 80,000 companies.  In tech terms, this hardware is absolutely ancient.  The need for upgrades is warranted. 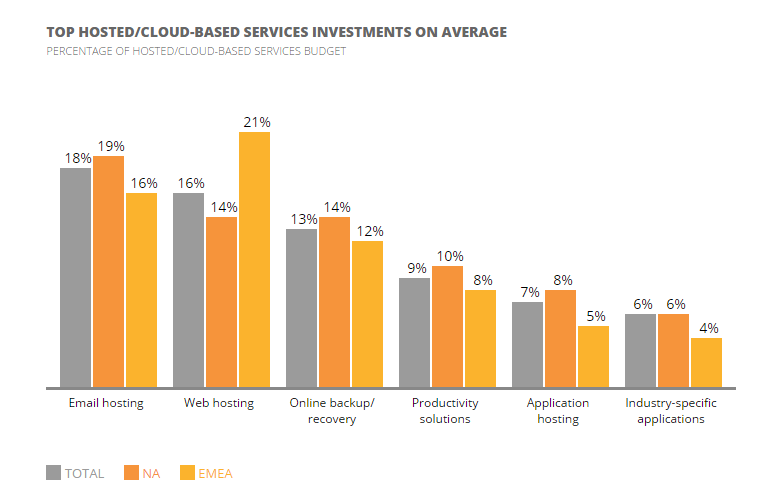 So we have stilted employment rates, abnormally high need to replace aging hardware, and budgets that are likely to not grow. With so little to work with, does 2015 seem a bit hopeless for IT marketers?

Not quite, according to Spiceworks.  They offered a few bits of marketing advice to counter the unfortunate realities revealed by the report.

2. Take advantage of refresh promotions and warranty renewals to decrease the cost of replacing hardware.

3. Provide peace of mind for aging PCs with backup/recovery solutions.

4. Use vertical social networking to engage customers across all touch points of the lifecycle.

It appears the bottom line is that a certain amount of spending is inevitable this year - but reducing this amount without sacrificing upgrade quality is the key. 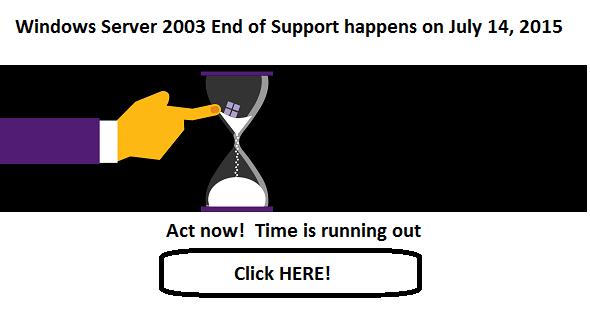 Tags: IT Project Management, IT Services