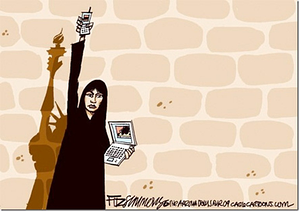 Social media and technology play a big role in our lives by keeping us entertained and well-connected with our clients, co-workers, friends and family. It has become a part of our daily lives and something we cannot go without. Technology and social media has also become increasingly important in the political arena, use of online social media for political activism is used through blogs, video and social networking sites and has become a key for political debate – so much so that it has provoked a counter-response from some repressed countries.   During 2011 blogging, video-sharing and tweeting were crucial in political events in the Middle East and North Africa. (https://wcd.coe.int/ViewDoc.jsp?id=1904319 )

A recent study by Freedom House, which included 37 countries, cited an increasing number of website blocking and filtering, content manipulation, attacks on and imprisonment of bloggers, punishment of ordinary users, cyber attacks and coercion of website owners to remove content, in an attempt by authoritarian states to reduce political opposition.

Marwan, a man in a religious group called the Alawites from the Karm el-Zeitoun neighborhood of Homs in Syria said armed men entered his neighborhood on January 23rd and kidnapped his elderly parents. His parents were kidnapped because there was video evidence that attacks targeting the religious groups Alawites and the Shi’as were motivated by sectarianism. The return of Marwan’s parents depended on whether or not money and weapons could be exchanged. When that wasn’t fulfilled, the men posted a video on YouTube of his parents’ dead bodies. (http://www.time.com/time/world/article/0,8599,2109637,00.html)

President Obama signed an executive order in April 2012 allowing new sanctions against companies that enable Syria and Iran to use technology such as cell phone monitoring and who provided cutting-edge technology that tracks down dissidents for abuse, torture or even death. The sanction is against any technology that  allows users to disturb networks while monitoring and tracking down citizens. The new authorization in Washington is also putting technology providers on notice that they are fully responsible if they are enabling human right abuses through their software. The Commissioner for Human Rights in Europe is also contributing to the debate and reflection on media freedoms in Europe and abroad.

In theory, the intentions of the new sanctions are to strengthen the US’s ability to prevent atrocities.  President Obama along with the Commissioner for Human Rights in Europe both agree that technology should empower people, not repress them.

Yet even here in America there are new laws that are in the house of reps and waiting in the senate to be passed (CISPA, SOPA, PIPA) which would in effect infringe on the privacy of the people inside the United States.  There is technology now being used in California, that uses the GPS on people’s cell phones to track them.  Cell phone carriers such as Sprint, have set up portals that empower police to easily get the location and coordinates of anyone’s cell phone.

If you want to continue to maintain your privacy, be aware of your personal information and who can access it. The Internet can be a very scary place and you need to protect yourself as much as possible. 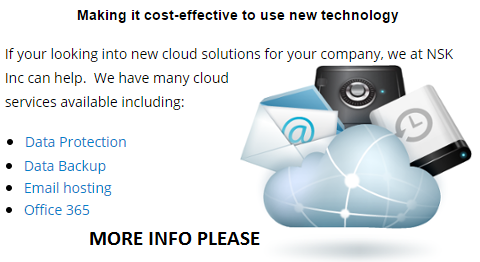