The Dark Side of a Good Deal 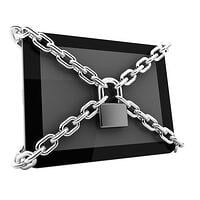 With Black Friday and Cyber Monday, the holiday spending season has finally begun, and many retailers are offering bargains on consumer electronics. In particular, big names retailers like Best Buy, Walmart, Target, Kmart, Kohl’s, and Staples offer advantageous deals on their Android tablets which might be however unsafe from a security standpoint.

Christmas 2014: A Guide for your New Technology Gifts

The Holiday Season has finally started, and with Christmas around the corner, it is time to start gearing up for some Christmas shopping. However, buying the right thing for your loved ones is always a challenge, and it is even more so when your special someone is a geek. If the cool idea for a geeky boyfriend, husband, father or brother is what you are looking for, we might have a few suggestions to share with you. Here is a list of 12 new technology gadgets that might become a precious life line for those who need help in selecting the most appropriate Christmas gift.

Regin: The Malware That Has Been Spying On Computers Since 2008

Symantec has found an advanced malicious software application that appears to have been used for spying and collecting data across the globe. Named Backdoor.Regin, or simply Regin, the software is essentially a very powerful Trojan Horse that appears to have been circulating since 2008. It has been hitting government agencies, internet providers, telecom companies, airlines, industrial entities, research institutes, energy companies, and individual systems with impunity, using sophisticated encryption and targeting systems to spy on targets. It is speculated that most infections came from computers visiting "spoofed versions of well-known websites," says Symantec, though one case confirms Yahoo! Messenger was also involved.

The rise of mobile and streaming video technology has given audiences several new ways to consume content, including binge-watching Netflix series. However, the majority of the shows, including those specifically made for online platforms, like “House of Cards” and “Orange Is The New Black”, still rely on the same narrative devices like the ones produced for traditional television. Hooked Digital Media, a studio based in Santa Monica, California, is trying to change this tendency through the creation of films and shows that can be watched on mobile devices.

In the last few years, many larger companies have enacted restrictive policies regarding the access to Facebook and social media in the workplace, and many employees across the United States have been penalized, if not even fired for breaking the rules. However, it appears that the Silicon Valley Company is now secretly working on a new website called “Facebook@Work” with the purpose of getting a foothold in the office. In fact, Facebook is developing a new product designed specifically for use in the workplace, which will allow users to chat with colleagues, connect with professional contacts and collaborate over documents, competing with Google Drive (Google+) and Microsoft Office (Yammer [Office 365]). The project, which was reported on November 16th by The Financial Times, is currently in a testing phase, and it is expected to be introduced within the coming months.

The new site will look very much like Facebook but it will allow users to keep their personal profile along with their holiday photos, political outbursts, and silly videos separate from their work identity. Currently, Facebook@Work is led by a team based in Facebook’s London offices. The effort, however, is not new, Facebook began working on the project years ago.