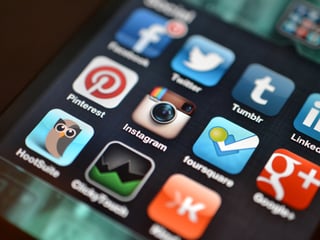 Top Tech News recently posted an article discussing the role of social media in the war against propaganda. The article was written in response to the EU’s recent partnership with Facebook, Twitter, Microsoft and YouTube to remove all “hate speech” from their websites to prevent terrorist organizations from recruiting on social media. The response to this announcement has been mixed. While most people are pro the idea of stopping ISIS on all fronts, many people are wondering if “hate speech” is just code for “free speech”.

So what exactly qualifies as “hate speech”? According to the “Code of Conduct” released by the EU, hate speech is defined as “all conduct publicly inciting to violence or hatred directed against a group of persons or a member of such a group defined by reference to race, colour, religion, descent or national or ethnic origin”. With a definition of such broad proportions, it’s not hard to understand why some people fear this new partnership between the EU and four of the world’s largest tech firms. There’s quite a lot of content on social media today and quite a large amount of the public has access to it. I know I’ve certainly seen posts on my various news feeds that seemed a little hateful. However, I wouldn’t go as far as to say it should have been removed. Who’s to say what content qualifies as publically inciting violence or hatred?

L. Brent Bozell III, a conservative new reporter, recently wrote an op-ed article for Fox News about Facebook’s hate censorship. Bozell met with Mark Zuckerberg to ask him what his plan is for monitoring posts on his website. Zuckerberg explai

ned that individuals would be hired as “curators” to monitor Facebook’s content and ensure standards are met. Bozell expressed his concern at this, fearing the introduction of the “human factor”. “It’s not difficult to find the slippery slope where matters of ‘hatred’ are concerned,” he writes. “What is ‘hate’ as defined by leftists, the very community from which these curators hail?” Bozell brings up a good point. If people are the ones monitoring the world’s social media, how are we sure these curators are remaining unbiased? Anyone of any political affiliation could consider a post “hate speech” simply because they don’t agree with the message.

However, the EU’s pledge to eradicate terrorist propaganda does not come without warrant. ISIS using social media to recruit members, typically young members, is a frightening reality. Three men, all in their early twenties, were found guilty in Minneapolis earlier this month of conspiring to join and kill for the Islamic State in Syria. This past February, three teenage girls flew from their homes in London to Turkey in hopes of becoming the wives of ISIS soldiers. In both these instances the young people were recruiting through propaganda on Facebook and Twitter. Young Muslims are not the only demographic that’s being targeted. The New York Times wrote an article last year about how ISIS is using social media to persuade all young American citizens to convert to Islam and join their cause. The article told the story of one 23-year-old woman who was persuaded to convert to Islam by extremist groups using Facebook and Twitter. The article stressed how easy it was for both parties to find each other online through simple Facebook searches.

Ideally, propaganda sponsored by terrorist groups should not be allowed on any social media platform. However, if the attempt to scrub the internet of all hate speech means infiltrating people’s personal conversations and profiles, I fear that this could quickly become a free speech issue. Especially in a time where social media has become many people’s main source of news. Facebook may still largely be a social tool but Twitter, YouTube and Microsoft have become top platforms for news reporting. If news stories start being censored out of fearing of inciting violence, we could be heading down a slippery slope. I believe the term “Orwellian” has been thrown around on several different articles to describe the situation.

According to the Top Tech News article, the four tech firms have pledged to balance their online monitoring with freedom of speech. The head of Facebook’s global policy management, Monika Bickert, made a statement saying that removing content “is not the way that we fix the problem” but instead promoting “counter-speech” against terrorist groups is the best way forward. Only time will tell if that statement holds true.