My Laptop Got Stolen -- How to Protect Your Device and Information

"Someone strolled into our four-story, Class-A professional building, then into our second-floor office suite and stole my primary business computer -- an Apple MacBook Air -- right off my desk."

Disaster Recovery vs. Backup. Which is right for you?

Datacenter downtime means an organization can’t serve its customers and it can’t execute transactions, leading, potentially, to thousands of dollars of lost revenue. Recent data shows that 76 percent of companies experienced an outage in the last year and only 13 percent of those outages were the result of natural disasters. Most “disasters” are related to human error and minor power outages, and the expectation is that data recovery should be fast without flooding, torrential rain, or other factors to address. However, using a backup solution to meet business continuity needs will not work. Data backup is simply not a comprehensive information and application recovery solution.

How to Protect Your Company From CyberCrime

How secure are your small business assets from fraud, identity theft and cybercrime?

Sixty-five percent of surveyed businesses said they are not sufficiently budgeted for online security. The number increases to 71 percent for those with revenues under $10 million. Small businesses also have a higher fraud rate than larger companies and non-business owners. One of the most frequent sources of fraud is credit card abuse – largely due to the fact that few business owners actually take the time to go through every line item on their bill or choose to mingle business and personal accounts.

The National Telecommunications and Information Administration (NTIA) has formally petitioned the Federal Communications Commission to issue new regulations that would require wireless carriers to unlock mobile devices -- cellphones, tablets and other devices -- for consumers that wish to use other carriers.

The NTIA petition arises out of the White House, where a We the People petition with 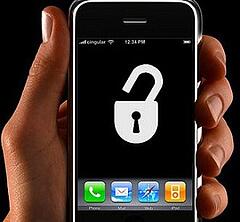 more than 114,000 signatures earned a positive response from the administration. In fact, the White House increased the scope of the citizens' petition by adding tablets and other devices to the NTIA request.